In the first of The Media Exchange’s Industry Immersion Sessions we welcomed Graham Naughton (Global Partnership Director on Campaign) and Steve Forsdick (Sales Director,PR Week) from Haymarket to come in and talk with us on the current media landscape, challenges that they are facing, The Cannes Lions Festival of Creativity and more!

The current media landscape has been shifting away from traditional formats towards a more collaborative and creative approach with a real focus on tangibility and ROI. Generally, clients have less to spend and require greater return on investment. This means the pitch needs to be more sophisticated and provide solutions to client briefs. Haymarket now have their own in-house creative team ‘Content Labs’, made up of Project Managers, Editorial, Videographers and more. This team work alongside the commercial team to come up with innovative and creative propositions that get to the bottom of what the client wants to achieve.

This approach is becoming increasingly popular throughout the industry with some large media owners and brands employing creative agency staff to sit in-house and work on creative briefs. The change in the market has also led to a shift in the way that media owners sell. This consultative sell and creative solutions is increasingly replacing traditional formats, although these remain important either as a stand-alone product, or as a part of the creative mix. We now see a move towards a much more sophisticated sell. Steve explained how now it is a more collaborative process involving the client throughout. This has led to a longer sales cycle but with the deals becoming more valuable!

In addition, the market is being disrupted by consultancy firms like Accenture. ‘The Big 4’ consultancy firms are now muscling in on the action too – Accenture has recently acquired Karmarama and it is rumoured they have set the goal of hiring 1500 staff which would make them the largest agency in the world!1 This is leading to a real shift away from the traditional agency model and we now see a massive increase in direct client sales.

What does this mean for candidates? When it comes to experienced hires Haymarket and other media owners are now looking for candidates who have a deeper understanding of the market and can really drill into the particulars of what a client wants. The sales process is a partnership and candidates need to have the ability to forge relationships based on data and facts. We are no longer in a culture of ‘Always Be Closing’ and moving onto the next one – you need to be able to display that you can really deliver a bespoke package that achieves the client’s objectives, as well as working effectively with in-house creative and production teams. Junior hires have the advantage of this being the new normal and will develop skills that perhaps a more “traditional’ salesperson won’t have yet.

Finally we approached the issue of Cannes Lions, which has recently received mixed coverage from some sides about how effective it is and it’s ROI. Some large agency groups have steered clear entirely while the previous battle for the biggest AdTech yacht seems to have slowed down too; a lot of this seems to follow the common theme of less budget and more return! However, Graham was able to explain the benefits of the festival for Haymarket – it was a great opportunity for them to educate clients and also celebrate Campaign’s 50th Birthday! Alongside this Campaign produces video content and press coverage of the festival – this benefits Campaign, their clients and the festival itself. The fact that Facebook, Spotify and Snapchat are still supporting the festival with significant spend demonstrates that it still has benefit and gravitas in the industry.

I would like to thank both Steve and Graham for what was an informative and insightful talk and we cannot wait for our next one! If you would like to come in and chat to the team about your company/ industry please get in touch: rob@themediaexchange.com | 0207 636 6777 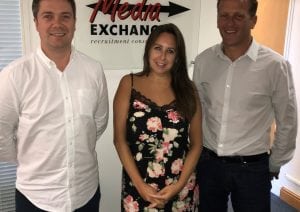 Send us your CV